The Stockholm Convention on Persistent Organic Pollutants (POPs) is a global treaty to protect human health and the environment from highly dangerous, long-lasting chemicals by restricting and ultimately eliminating their production, use, trade, release and storage.

POPs can be found in pesticides, paint additives, heat exchange fluids, transformers, sealants and plastics. They are in the waste of industries and hospitals. Some are also released as unintended by-products of combustion and industrial processes. POPs remain intact in the environment for long periods. They gradually accumulate in the fatty tissue of living organisms, and can cause cancer and birth defects. POPs may also disrupt immune and reproductive systems and even diminish intelligence.

Eliminating production and use

Most of the intentionally produced POPs are targeted for immediate elimination with very few exceptions. PCBs are the most notable exception. Production has been stopped but their use in existing equipment is allowed until 2025 to ensure that PCBs are disposed of in an environmentally sound manner.

Restricting production and use.

The Convention allows very limited and carefully controlled use of certain POPs while also seeking alternatives. For example, DDT is only allowed to be used to control disease vectors like the mosquitoes that carry malaria.

Reducing unintentional production with the aim of elimination.

The Convention promotes the use of the best available means of preventing the release of dioxins and furans from major sources into the environment.

Ensuring wastes containing POPs are managed safely and in an environmentally sound manner.

The Convention is charged with identifying other POPs chemicals that require action. This is achieved through a scientifically rigorous process and ensures that those chemicals are considered even if there is a lack of scientific certainty about the harm they cause.

These regional centres were established by the Stockholm Convention and  operate under the authority of the Conference of the Parties, the decision-making organ of the Convention composed of all the countries party to the Convention. Their core functions are to provide technical assistance and to promote the transfer of technology to developing country parties and parties with economies in transition relating to the implementation of their obligations under the Convention.

More information on the Stockholm Convention on : www.pops.int 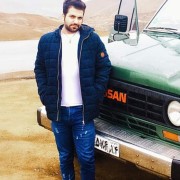 With Product You Purchase

About the Basel Convention